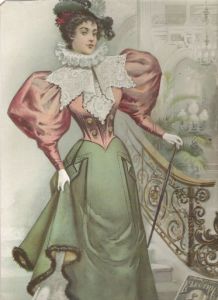 We’re Not Allowed To Have Nice Things

Mute is the only way to be

This poem came from our Cincinnati East Poetry Meetup‘s prompt to write a poem that includes a phrase that you found interesting in your everyday life (like a line of copy from an ad, quote said by a friend, a phrase found in an email). I was most inspired by this post, Fashions of the 1890’s: Day Dress, on Vintage Victorian. See more about found poems from this prompt on Write Now Coach. 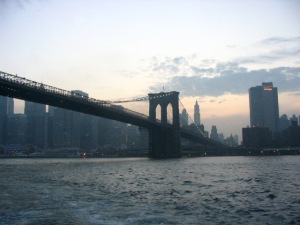 The view of Manhattan from the East River.

With 14th anniversary of 9/11 having just passed, I’ve been working on my own poem about that time.

I first started by using the “found poem” technique and re-reading some emails I had kept from the day.

What strikes me now was the difficulty we had in referring to it. On that day, the event went untitled. We all know what we were talking about. Then we started to use phrases like “Our national tragedy” and “that horrible day” and even just “Ground Zero.”

Calling it “September 11” didn’t emerge until a few weeks later, at least how I remember it.

I decided to scrap my found poem, as it was a jumbled mess that didn’t mean much to me, and re-wrote it in a stronger point of view.

Before the Day Had a Name

I can only send you an email
to patch together some peace
after the phone call doesn’t go through,
so there wouldn’t just be hatred
to mask the sound of jet engines
and the 20th Century
pulverizing into
360 million pounds
of nothing.
I never lived through war before
so I cry during the morning news
I am trapped in a city
where the traffic is ordered
but the trauma stills needs to be raked through.

I have written a few September 11 poems, and I’ve never been very happy with them. Share links to your 9/11 writing. I’d love to see them.

I am a writer from Cincinnati, Ohio. I love writing, voting and laughing.

Check out my work